Surrounded, as it is, on three sides by the River Thames it is hardly surprising that Barnes' premier sport is rowing. Both the famous Oxford and Cambridge boat race and the spectacular Head of the River Race are run on courses that pass through the Barnes bend.

Perhaps more surprising is Barnes' place in the history of soccer. Ebenezer Cobb Morley the man who drafted the rules of Association Football lived in Barnes between 1858 and 1924. In the 1860s Morley and his friends founded the Barnes Football Club (sadly now defunct) which played its matches on a field in what is now Mortlake High St. In those early days of the sport disputes arose between clubs as to the rules of the game, and it was Morley - a lawyer- who proposed that rules be framed for general acceptance. Of prime improtance was to settle whether the ball could be handled as in rugby, or dribbled as in soccer. After a meeting in London, on 1 December 1864, Morley drafted the first rules for Association Football and became the FA's first secretary and second President.

Barnes was also once the home to polo matches, balloon rallies and archery and croquet tournaments all held at what sounds like the rather splendid Ranelagh Club in Barn Elms. A competitor to the very posh Hurlingham Club in Fulham the Ranelagh included Edward VIII as a member and had as its club house Barn Elms Manor House - apparently furnished with antiques, paintings and carpets of the highest quality.

The Club closed during the war and fell into disrepair afterwards and was finally destroyed by a fire in 1950s. All that remains of it to this day are the small angling lakes used by keen fisherman at Barn Elms. 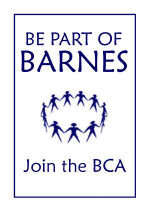